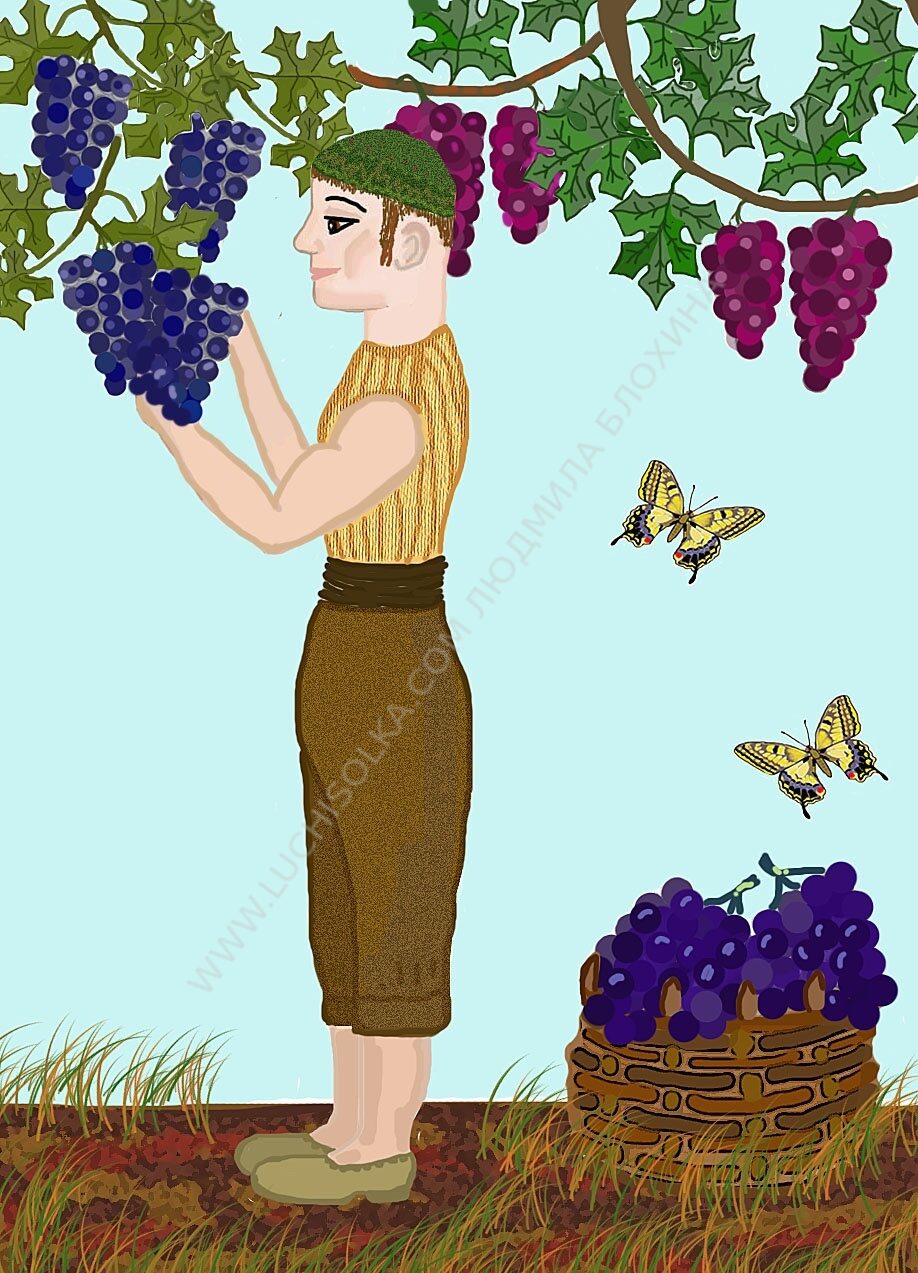 In one aul1, in the Caucasian mountains a kind man with his wife and son lived. He never did evil to people and lived like everyone. He did the gardening and tended sheep. His only son Milio grew up into a handsome man: tall, slim, black eyes like coal shone with happiness, a charming smile enchanted everyone who met him.  He was joyful but not stupid and even too clever. But as it is known, there cannot be too much intelligence as well as money. Once a rich sultan and his daughter were traveling by the mountain village.

The wheel of his expensive gilded carriage got broken. All craftsmen and blacksmiths gathered together. Everyone wanted to show their daring and skill to the rich mister. What if the sultan liked their work and employed them? Far from it! The carriage turned out to be a very complicated mechanism as the best engineers of Europe had made it to order. Craftsmen and apprentices were puzzling over the problem for a long time but could not fix the wheel.

At that moment Milio was herding sheep. He saw how craftsmen were drudging at the carriage. Milio came up to them and started watching. He kept watching and then said. “Let me fix the wheel!”

Craftsmen and all bystanders laughed. “A fat chance you have, shepherd! You’ve got no strength to lift the wheel not to talk of fixing it.”

But Milio rolled the wheel to the carriage, pressed the lever on the wheel (which nobody noticed) and put the wheel on the shaft, the mechanism cracked and the wheel fell into place.

“Good job!” the sultan rejoiced. “I’ll reward you! Show me where you live. I want to take a look at your parents who brought up such a clever son.”

The sultan and his daughter got into the carriage harnessed with two white horses and being accompanied by their servants made after Milio who was walking along the road and herding the sheep home.

The boy’s father and mother came out of the saklya2  and invited the dear guest to come in. The sultan saw that the people lived poorly but their surrounding was clean. There were books on the shelf, homespun carpets on the floor and on the walls, and ornamented clay vases. They liked their home, guarded and decorated it. Poor though they were, these people were not so ordinary. As the sultan was a wise man he became thoughtful. While the hostess was laying the table with various delicacies, the sultan was sitting solemnly in the armchair in a portentous manner and scrutinizing Milio. The sultan wanted to marry his only daughter off for a long time. She was not in the flower of beauty and was a bit fey, she liked to spend much time in front of the mirror and to go to markets to buy knick-knackery. That does not mean anything for a rich girl, she can live happily having money and servants.

“But money,” the sultan thought, “money has a bad property. However much money a man has, it can come to an end. What then will my daughter and grandchildren do if I marry her off to a rich but stupid man?”

And the sultan decided that he would not find a better fiancé than Milio. And his daughter liked the serious boy very much. Sitting next to him at the table she stepped on his foot with her little velvet shoe, laughed loudly or dropped everything off her hands hoping that he would take notice of her.

But Milio was sitting numb, he could neither utter a word nor lift up his head off the bowl with meal and look at the officious guest. The sultan considered the boy’s behavior as shyness and constraint and left it unattended. The day declined. The hospitable hosts offered the sultan and his daughter to stay overnight at their place. The sultan went out with Milio’s father to the porch and said. “You are a kind man, so is your son. I want to become relatives with you.”

The poor man brightened up, entered the house to tell his son of the happiness dropped from the clouds. The son listened to his father and said. “I’ll marry only a girl I love.”

The father began to grieve. “What shall I answer the mister? It isn’t nice. There had never been such thing when poor men deny rich men, especially about marriage.”

The sultan went into the house and understood everything. He got angry but remained impassive. He glared with his eagle eyes and said through clenched teeth.

“It’s night already but I and my daughter won’t trouble you. Our horses are frisky, the carriage is in good condition and my servant is waiting for us on the limber. Off we go! There’s gratitude to you, good man, for your hospitality and help of your son.”

The sultan spilt a handful of gold coins on the table. The sultan and his daughter left the saklya and got into the carriage. The host with his wife saw the guests off. They were surprised to see the carriage slowly driving away on the stony road disappear as if it had never been there at all. The parents came back into the house and saw their son lying without movement on the couch and looking at the ceiling. His mother told him. “Don’t be sad, we won’t blame you. Don’t cry over spilled milk. Your heart prompted you that. Then it should be so.”

The son kept lying and was silent. As it was late already, his parents went to bed.

Early in the morning as soon as dawn broke, the father woke his son up and called him to work but the son was still lying on his back in the same position and was motionless. He was looking at the ceiling without blinking his eyes and was silent. His father began to worry and called for his wife. The poor woman shouted and cried. “What’s wrong with you, my son?!”

“I’ll go for a healer,” the father said.

“How will you go for him if we don’t have money? We should go to the market and sell our sheep.”

“What about the gold the sultan gave us yesterday? I’ll take it. It will be enough for ten healers.”

The father came up to the table and saw that there was a pile of peas instead of gold coins. The father cried. “Where’s that rascal? I’ll find and punish him!!!”

He went through the aul asking craftsmen about the sultan and his gilded carriage but nobody had heard of him, seen his carriage or fixed his wheel.

1. Aul is a mountain village of Caucasian highlanders.

2. Saklya is a dwelling of Caucasian inhabitants made out of wood, clay, and stones with a flat roof. 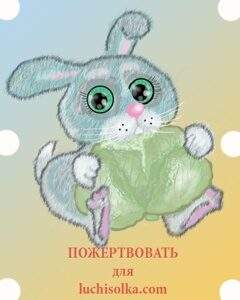